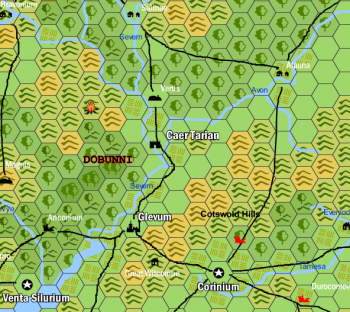 General locale. Each hex is about 6 miles.

Roman town located about half a day's walk north of Caer Tarian if using the Roman road. With minimal defenses, the small town relies on Caddell ap Ioan for defense and is thus considered part of his domain, albeit grudgingly.

The below image is not intended to be an exact match; it is present simply to provide an idea about the general layout and look.